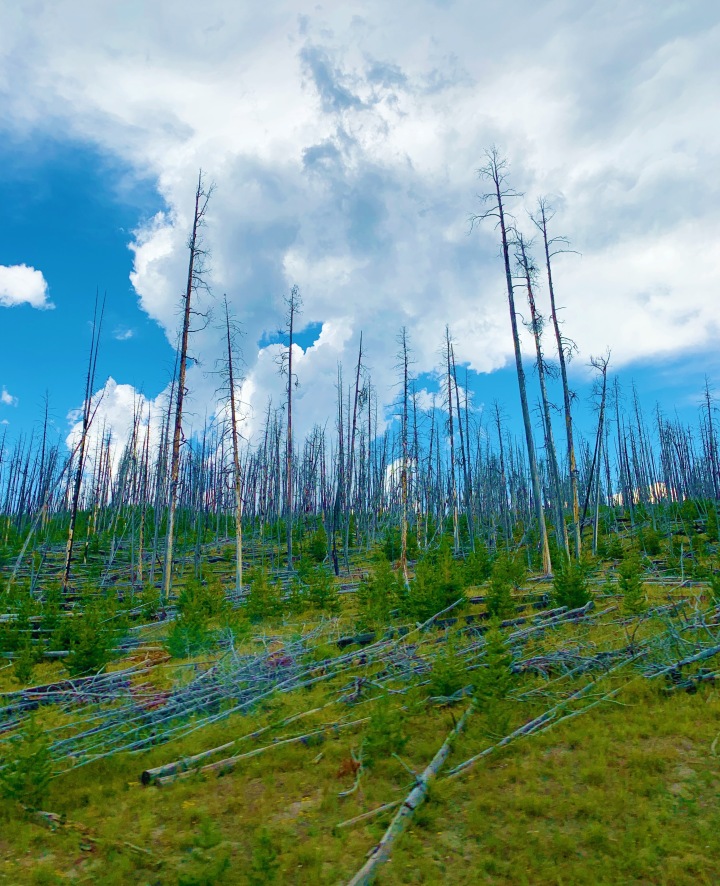 My family spent a week of our summer falling in love with Montana. It was my first visit viewing the tremendous landscape after the heat of the summer sun melted the snow making visible the depth of curves and crevices carefully carved in mountains standing grand in a vibrant sky. White water chased us as we drove along remote highways passing ancient tectonic plates whose geothermal features sang out in boiling gurgles, as individual microorganisms revealed to us their own majestic color within the lava rock. Hikes up mountains and down valleys taught us that the gentle crescendo of softly flowing water in thin unassuming streams might very well lead us to discover the magnanimity of hidden waterfalls rushing with unfettered fervor. It did not take us long to realize that marveling at God’s imagination is rather easy to do in Montana.

At one point, though, we noticed a peculiar tree line that had been recently ravaged by fire called the Burn Zone. In the middle of what seem like endless scapes of pines that stand strong, tall, and healthy, are bunches of tiny, scraggly looking saplings, pines so little they barely came up to my knees. Scattered among them are taller ones that are so tired, we wondered how they stand at all. At first glance, it is quite a sad looking sight, slightly pathetic even, especially in the scheme of such brilliant views.

I came to learn, however, that fires in those parts, usually caused by lightening strikes, are permitted to burn. For decades many attempted to manage and chase them, to put them out and squelch the heat that seemingly threatens to destroy the pristine purity of an uncultivated wilderness. It had not yet been discovered though, that these fires are the purest form of natural reinforcement of new forest. Intense heat, incidentally, is required to penetrate the protective wax of the most fruitful seeds of the most mature trees enabling new ones to implant. It is only in letting a fire burn that the ecosystem is able to reset and rebuild allowing the unmatched beauty of mature mountain forest to begin again, to start anew, sturdier than ever.

Recently, I, like so many Catholics, have felt like my faith has been struck by lightening and that my Church is caught right smack in the middle of a Burn Zone. Our hierarchy often appears to be a mere remnant of moral authority due to its own failure and corruption, led by many that seem awfully inclined towards arson. Not only is Rome burning, but so many of our dioceses, too.

How often I have wanted to run from the destruction, to put out the fires that fuel around me rather than withstand them, to hide from what God might be trying to rebuild as a result of this pain. How much I have wanted to give my time, my talent, and raise my children in a place less susceptible to ravage so as to protect and defend what is most precious. How difficult it is to trust God under such intense heat, such blinding confusion, such thick smoke. How weak I feel in the middle of it all. How much I doubt that my faith can survive much more.

And yet, I could not help but find God calling me to pay attention to the lessons of that tree line. How brave are those tired trees who were willing to offer the most precious parts within them so as to bear fruit that will last much longer than they will. How relentless is their desire to survive, their insistence in teaching us that life is brought forth by fire, that there is rebirth from the ravage, so long as we stand tall and trust, so long as we are willing to withstand all that is falling around us. It is then that we may notice that this fire, as brutal as it is, has become the source of revival, the means through which we will begin again, better than we were before. 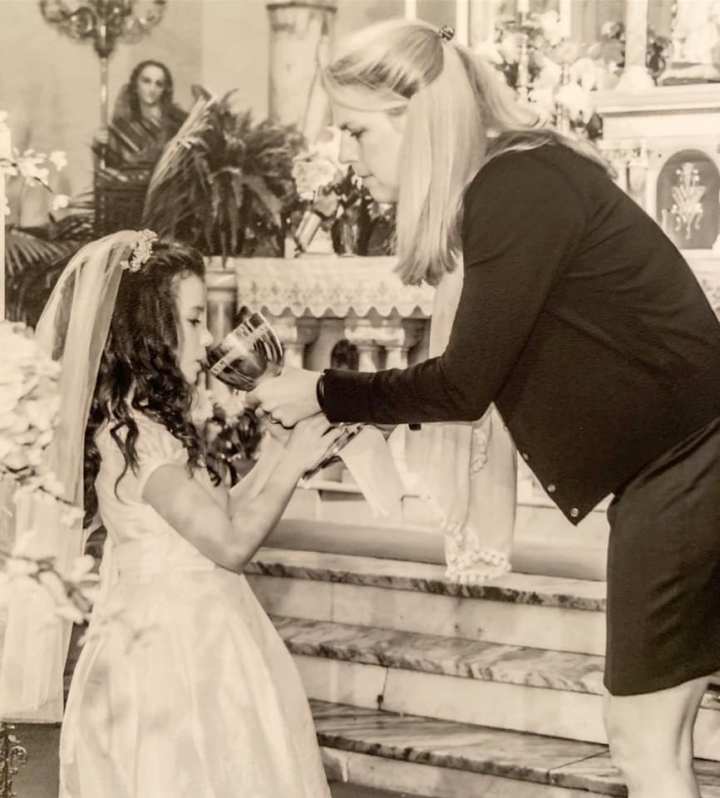 It has been one year since reading the Pennsylvania Grand Jury Report. Themes of abuse of which I was well aware were not what most surprised me. It was the names that I recognized, people with whom I conversed, admired, trusted, regarded highly and defended. That is what kept me reading those long, terrible pages, that left me wondering what I could do, if I could change it.

Not much of the structure of the Catholic Church has changed in the past year. The Diocese of Pittsburgh has arguably gotten worse. Sure, we have new programs that “protect God’s children,” we have checks and procedures that keep volunteers accountable. But, true contrition? Lasting changes? Real admittance and accountability? A genuine desire to fight for heaven? That has occurred as few and as far between as homilies that hit home, of conversations from the higher ups that attend to our wounds, of priests, now referred to as administrators rather than fathers, seeming happy in their new assignments.

We have seen priests whom we love suffer, families leave, young people give up, dismiss, and turn away from a Church that has failed them, and I, card carrying and devout, do not blame them.

And yet, I remain.

Why? Because for whatever reason, that thing that 75% of Catholics just reported not believing in, that thing that so many of us think of as nothing more than a symbol, just an ordinary piece of bread? A regular glass of wine? That thing, to me, is real. And no matter how hard I try, I cannot walk away.

At face value, the Eucharist is absolutely ridiculous, preposterous, bizarre. God becoming bread? Offering it to each of us?  Becoming part of our being?

And yet, I believe.